Feldsott’s prolific body of work spanning decades has always confronted the complexities of human nature: its violent faults as well as its spiritual aspirations. In The Budah Paintings, Feldsott repeats and alters the motif of the Buddha to examine such aspirations, the immaterial and the irreverent, while still rooting viewers in their contemporary societal realities.

This is the first time the series, which took two years to complete, will exhibit in its entirety with over 20 mixed media paintings. These paintings demonstrate Feldsott’s artistic flexibility in form and subject while maintaining his decades-long practice and profound humanitarian conscience.

“Feldsott is an artist and healer, calling into existence things that are not—with a word, with a brush stroke, with a breath. He not only reflects our culture, but bestows life into our world, all at once challenging and inspiring, fearless and compassionate.” — Paul Mahder, Curator & Director Paul Mahder Gallery

One of the youngest exhibitors ever at SFMOMA in 1975, Feldsott all but disappeared from the art world, spending the next 25 years traveling back and forth to Central and South America, where he worked with ecological restoration and cultural conservation projects and studied traditional medicine with Indigenous communities. Throughout this period, he continued to create a large body of artistic work that, together with his past and current work, become a record of the human journey.

Feldsott is a California-based painter and sculptor who has been creating art for over five decades.

After moving from Chicago to the Bay Area at seventeen, he attended the California College of the Arts, becoming the first student to earn an MFA without an undergraduate degree. He then became the youngest exhibitor ever at SFMOMA in the 1975 exhibition Fetishes.

His work is often noted by the likes of several art historians and critics, including art critic Robert C. Morgan and Peter Selz, former curator of the Museum of Modern Art. He has exhibited at SFMOMA, Bolinas Museum, Hyde Park Art Center, Minnesota Art Museum, and many art galleries around the United States.

He currently lives and works in the Bay Area. 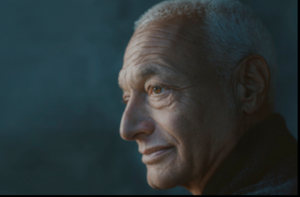