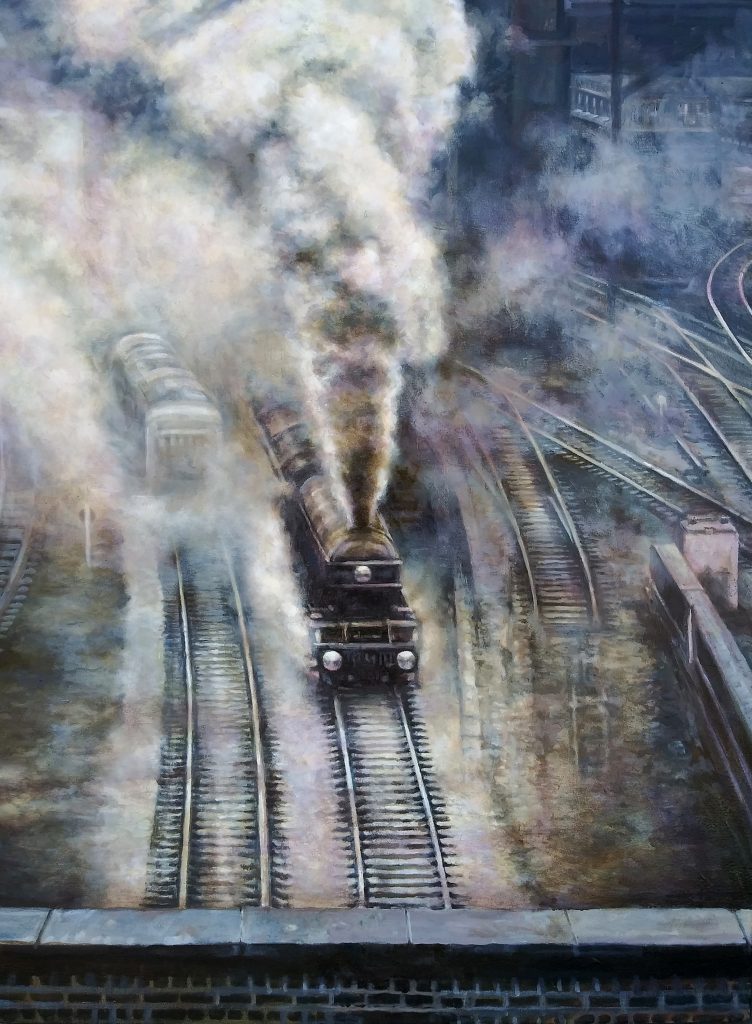 “THE GREAT FOG” and other London pictures

The great mass of pictures left behind by history has become a kind of second nature for many contemporary artists. Lawrence Gipe has been an intrepid painter from this archive, selecting, representing, and re-contextualizing how historical events have been portrayed in the media. With a keen eye for authoritarian rhetorics, Gipe refigures period photographs as paintings, while slyly balancing connoisseurship and interrogation. In his latest show at Paul Mahder Gallery, The Great Fog and Other London Pictures, Gipe uses photos and stills from period newsreels to create a series on the subject of London’s “Pea-Soupers” just after World War 2; in fact, it was an episode in “The Crown” called “The Great Fog” – viewed during a lockdown binge – that re-kindled his interest in this significant event in the expanding narrative of climate change.

The misty, visual tropes of Romantic painting in the 19th century were often based on observed, atmospheric changes brought on by environmental shifts: to name one of many examples, J. M. W.Turner’s famous sunsets were manifestations of the torrid sunsets brought on by volcanoes. In our current era, the more “beautiful” the sunset, the more aerosols are being produced by human activity. Gipe is interested in the role painting has had (and will continue to have) in the representation of climate change vis-à-vis Romantic tropes, engaging in a conversation about the rapidly transforming notion of the Sublime.